Jon DiCentes, co-president of Penobscot General Contractors, has nearly three decades of experience in the construction industry. Jon’s story in the industry encompasses projects across numerous industries, from residential to prominent commercial and government properties. 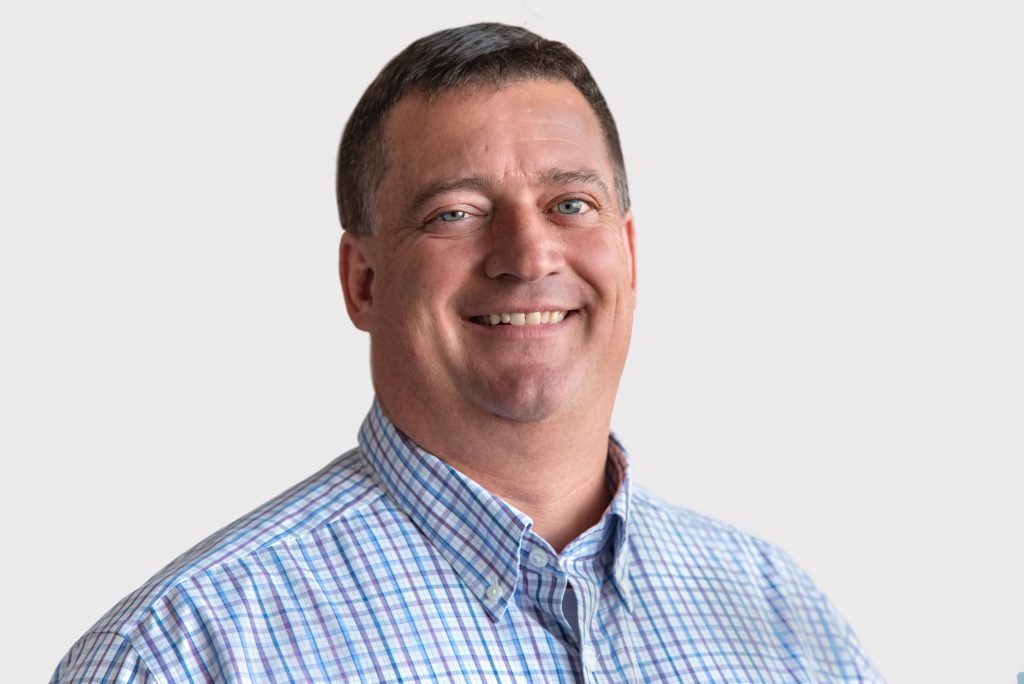 At PGC, he uses his experience, technical knowledge, business background and communication skills to provide advanced technical direction for all critical and complex project components. However, one thing ties all of Jon’s experience in the industry together – the importance of people in every aspect of every job, every day.

When Jon’s experience is described as wide-ranging, it’s no exaggeration. He’s been involved in medical/healthcare, life science, residential, education and government projects. Parking garages, hotels and casinos are also on Jon’s resume, and he’s worked on projects adding up to over 1,000,000 sq. ft. in each of the retail, warehouse and distribution and high-end office space sectors.

Within each of these areas, Jon also has varied experience. For example, there are many different areas within the medical/healthcare sector; Jon has tackled projects in several of them. He’s built patient rooms, operating rooms, cardiac units, critical care units, intensive care units, labor and delivery units, neonatal units, as well as rheumatology oncology and pediatric oncology areas.

In the life sciences sector, Jon has done projects for Jackson Laboratory, IDEXX, Lonza Biologics and Abiomed. Jon was on the Abiomed project for five years; the company, which manufactures the world’s smallest heart pump, was on a strong growth trajectory and was expanding labs, clean rooms and office support areas.

For the University of Maine, Jon was involved with projects much different than what many people may think of as a traditional building construction project. One project was a testing facility for windmill blades that included the construction of an environmental chamber that would be used to simulate 100-year storms, included a salt fog chamber and a saltwater immersion pool and was also capable of reaching -50 degrees Celsius with 100% humidity. The testing facility also required the construction of a huge concrete test stand and the placement of a 1,000 square foot, 4-foot thick reaction floor with a basement to mount the 500-ton reaction frame and actuator for blade testing.

And that’s just one of the University of Maine projects he worked on. The other was a wind/wage testing facility that included a 9,000 square foot wave tank and another 3,750 square feet for robotics.

For the government, Jon’s work has included projects for the State of Maine, as well as for the U.S. Navy and U.S. Army.

While each of these projects has been a success, that doesn’t mean they aren’t without challenges. Depending on the project, its location, its existing use and its purpose, each project comes with unique requirements and circumstances that must be considered and planned for by the construction team.

Many projects take place in or around existing properties or facilities, making it a challenge to get construction work done without impacting the day-to-day operations of the site. On the Abiomed project, Jon and his team constructed temporary walls and partitions to isolate their construction work from adjacent operating clean rooms and laboratories. During a healthcare project, the logistics of construction had to be planned around ensuring how the work wouldn’t interfere with the LifeFlight deck or the ambulatory drive.

For the latter, Jon credits non-stop, open communication between all stakeholders as key to the successful completion of the project without an impact on patient care and experience.

The construction of correctional facilities also poses unique challenges, such as ensuring there are absolutely no hiding spots left behind, not even a tiny crevice. All paraphernalia and tools must also be carefully managed throughout the project to ensure that inmates have no access to any of it.

These examples are just a small sample of the challenges presented by the construction projects that Jon has been involved in over the years. Each challenge presents a new opportunity to think creatively, plan well, work as a team and learn.

Each of the projects Jon has worked on and every one of the challenges he’s faced with his team members has helped develop not only his knowledge, but also his approach to construction.

At the core of Jon’s approach to every job and to every aspect of PGC is people. This encompasses everything from making safety the company’s highest priority, to encouraging innovation and self-advancement, to contributing thoughts and ideas, to fostering teamwork.

“Over the course of my career, I have come to truly believe in people. The number one purpose of any company should be to improve the lives of the people who work there. This is accomplished simply by viewing our team members as people, viewing our people as an essential element of the team and distributing leadership to them. I believe that a company where everyone is invited, empowered and expected to lead will outperform companies who hold the decision-making responsibility in the hands of just a few,” explains Jon.

The company’s motto is “Working together we’ll do more,” a saying that Jon strongly stands behind.

If you’d like to learn more about Penobscot General Contractors, whether to partner on a project or join us as a team member, we’d be happy to speak with you. You can reach us at cmaker@penobscotgc.com or call us at (207) 838-8021.

Through collaboration, communication and empowering the people we work with, PGC will serve as a trusted partner and surpass expectations every time, on every project.